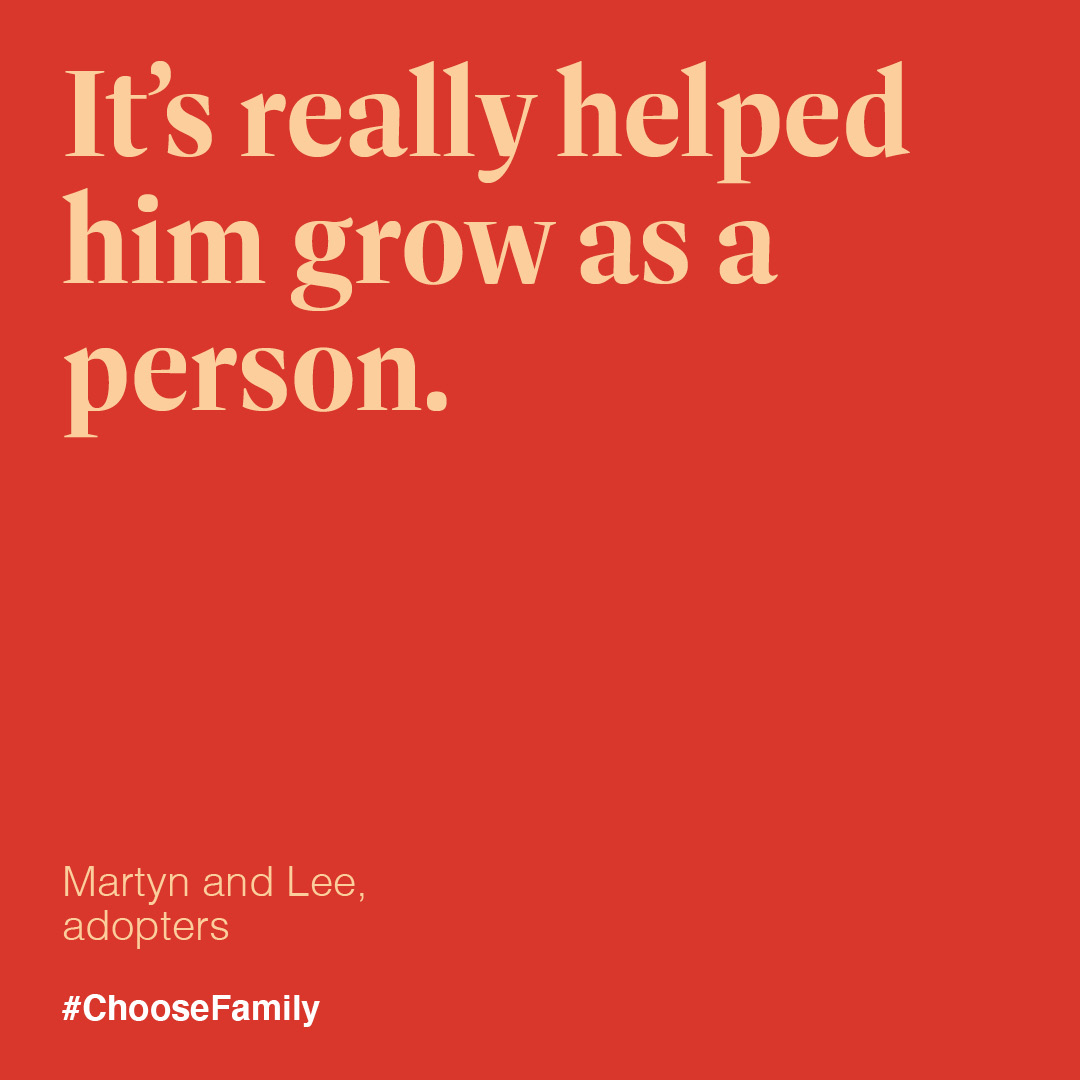 Talking about having children and adoption on a first date isn’t right for everyone. But for Martyn, 35, and Lee 40, the idea of starting a family made them feel complete. The couple adopted a five-year-old boy through Western Bay Adoption Service in 2018. Three years later, the pair adopted a four-year-old boy.

This is Martyn and Lee’s story…

“From our very first date we discussed having children and always thought about adoption. Martyn’s great grandmother was adopted, so he was aware of it growing up.

“We decided to adopt older children because they’re more vocal. They’re able to talk to you about their life journey and what they’ve been through. Whenever the kids have revealed anything about their past, we have written it down in a diary so we can go through these with them, later in life. It allows the kids to open up to us and it’s something we can look back on in the future and be proud of.

“Both our kids are really close to us, especially our eldest son. We know more about him than anyone else does because we’ve been able to document his journey. It’s really helped him grow as a person.

“Our kids call us ‘Dad and Daddy’ and it’s an amazing feeling. They are so proud of us and they’ll say openly that we’re their dads, even at the supermarket to the cashier.

“Before we met our eldest son, we’d sent videos of ourselves showing him our house. When we met for the first time, he re-enacted it which was really emotional. He told us how he always wanted two dogs, a rabbit and a guinea pig and we have those pets – it felt like it was meant to be. With our second child, the introduction processes were carried out online because of the pandemic. Although so different, it was still an emotional experience.

“It’s surprising to see how many older children are waiting to be adopted. It’s something that I always encourage people to do. When you adopt, you are starting from scratch because every family does things differently. There are a lot of first experiences – and it’s amazing to be able to teach them in different ways. We have been able to discuss how trauma may have affected our kids when they were younger which helps them to overcome it.

“There’s so much support out there for those who are thinking about adoption. Western Bay Adoption Service was amazing. They helped us with everything. Our social worker  was available whenever we needed her and no question has ever been a silly question.

“Now, we are able to offer advice to those looking to adopt. We are members of support groups, including an LGBTQ group – and support other people going through the same experience. We read children’s story books, which include LGBTQ parents, which helps to break down stigmas so that people understand that our family is the same as everyone else’s.”