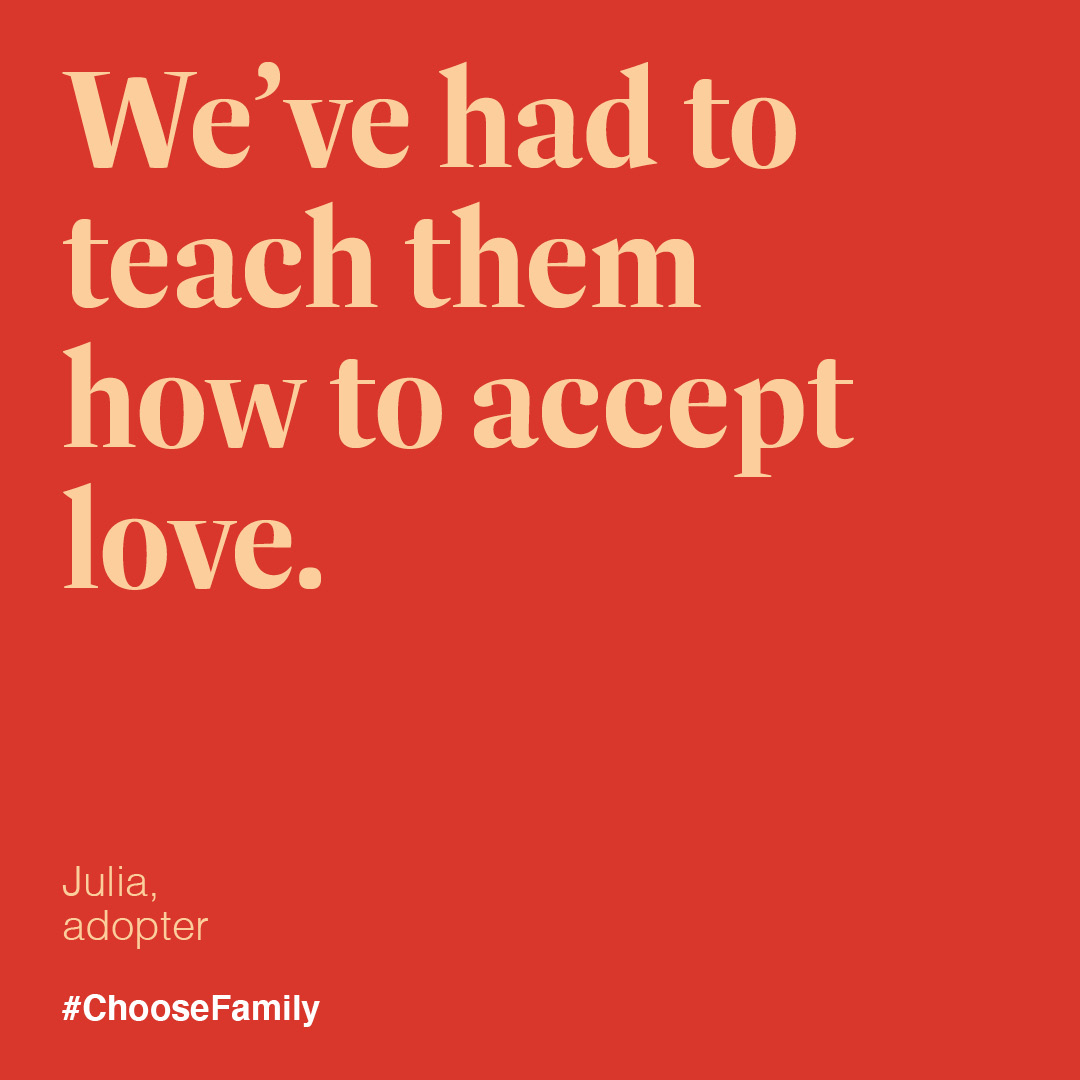 Julia and her husband have been together since their teens. By their early thirties when they hadn’t conceived naturally, they decided to adopt instead of trying for a family through IVF. At the time, their two up two down couldn’t accommodate more than one child so after adopting their son at 4 years old in 2011 through North Wales Adoption Service, they adopted their daughter five years later.

“I must admit we were quite naïve when we started the process, I thought they would meet us, see how lovely we are and say just yes. Turns out it wasn’t quite that simple.

“Our first day with our son is certainly one to remember. The day he moved in he was running about the place excited and tripped and fell into the corner of the coffee table and cut under his eye. I immediately called the service and after giving them all the details, I heard a pause and the social worker said, “didn’t he just come to live with you today?” I was mortified!

“Our first day with our daughter was a little less eventful but no less emotional. We were playing and she suddenly sat on my husband’s lap and announced ‘my sit on dada’s knee!’ It was a lovely moment.

“Both our children have their difficulties, our son used to show his anger by roaring in people’s faces. We thought once we adopted the second time, we’d have it all figured out, but our daughter suffered extreme neglect and was the most fiercely independent toddler I’ve ever met. Everything that worked with our son, didn’t with her. We had to teach her that it was okay for us to be in charge and take care of her.

“It is heartbreaking that adopted children go through so much, but we have been supported throughout the whole time. A lot of our friends have adopted, and many of our children’s friends are adopted too. We also attended play therapy for them both when they were young to help them process the pent-up emotions they had, some of which we still bring out now and again when its needed.

“Our son is in his teens now and has a good understanding of his life which is helping his sister. We talk about how he felt in certain situations when we know she is listening, so she knows she isn’t alone, that she has a shared connection with her brother, and that we aren’t going to leave when the times get tough.

“We openly talk to our children about their adoption and their birth families. We don’t want them to bottle those emotions up. It is easy to think that, particularly with young children, that they won’t remember, or they’ll grow out of it. We love them so much but what struck us the most was that they don’t know how to be loved and we’ve had to teach them how to accept it.”