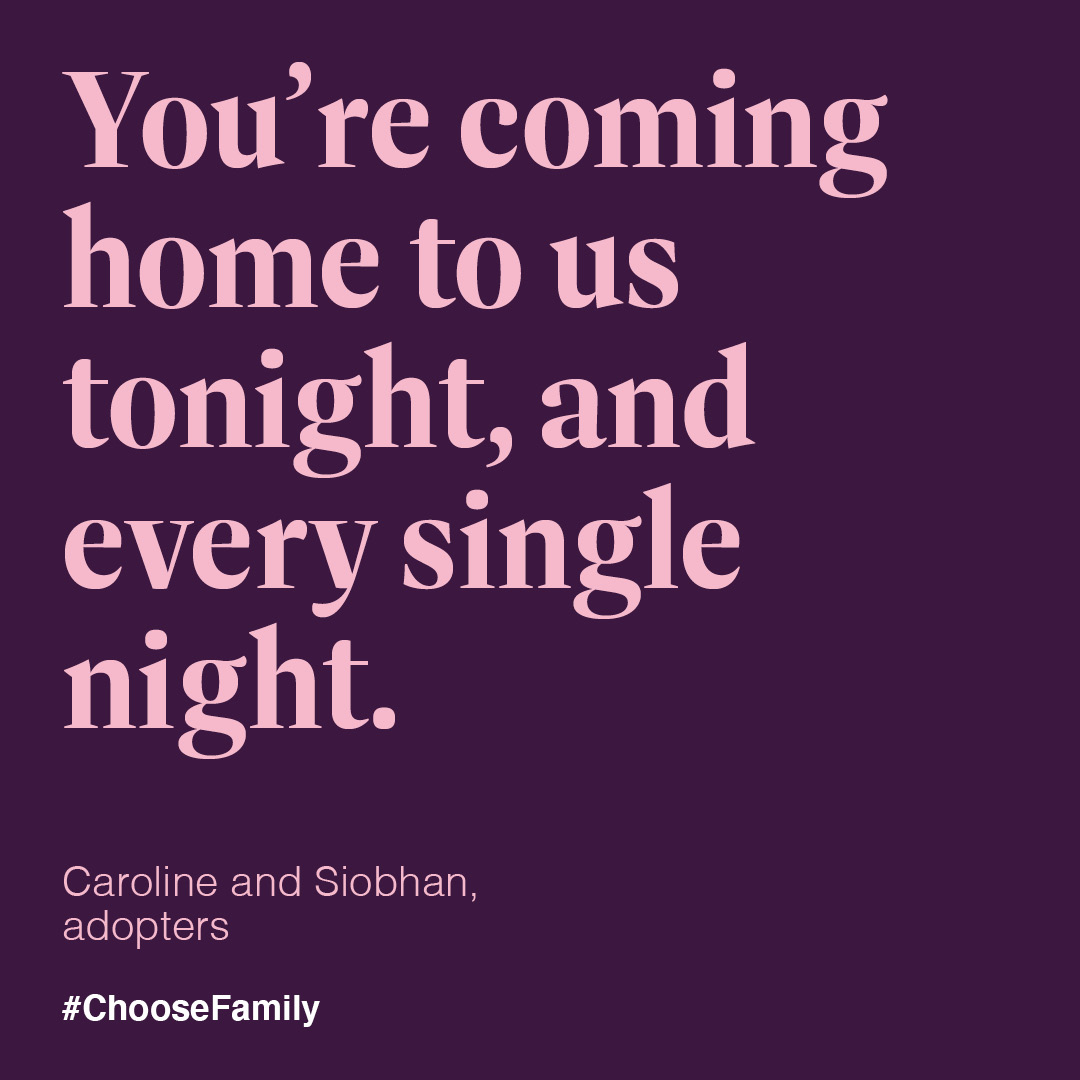 Caroline and Siobhan achieved something they had always dreamed of when they adopted a sibling group in 2017. The couple adopted through the South East Wales Adoption Service and adopted siblings aged three. Adoption is a positive word in their household especially as Siobhan was adopted herself as a child.

This is their story…

“Me and my wife had been talking about adoption for about three years so we were always considering it. My ex-husband decided to adopt and I had a visit from a social worker who wanted to ask a few questions about him, which really made me consider adoption even more. When my wife came home from work that evening, we both discussed it more and said that there are loads of children out there waiting for a loving home, we never spoke about adopting babies once.

“We adopted siblings and even though they weren’t babies, they were small toddlers and there’s so much to learn, especially at that age. I was also an adopted child when I was a week old and when I was 40, I decided to meet my birth parents which was wonderful. I’ve had a great experience with adoption and it’s not something I’ve shied away from which really helped in our experience because adoption has always been so positive for me. I always felt extra special as a child because I was chosen to be adopted.

“The first time we met our children was so terrifying, it felt surreal because of the induction process which took a long time. We met our tiny children and they were both nervous which was apparent in our conversation. We all just chatted away and it was a lovely but scary moment.

“When the induction process was over and our children came home, they were so glad to be home with us. For us, it felt crazy and took us ages to get used to. Initially, we felt like we were babysitting someone else’s children, we still don’t know why but that’s just how it felt to us!

“Once we went swimming and our daughter came out the swimming pool and shouted “mum” and I was baffled! I looked around behind me and looked for my own mum, I really don’t know why but it was such a funny and beautiful moment. From that moment on, the kids were always comfortable with us and it became normal for them to call us mum.

“One of the most memorable moments we had was on their birthday when we filled their room up with balloons. It was such a simple idea but they adored it, they were running around the room chasing the balloons. We talk about that moment to this day because they didn’t care about the toys or any of the other presents, they only cared about the balloons!

“The kids had been used to moving around from place to place when they were babies and that is something that definitely stuck with them initially. We took them to a playdate and my daughter asked if she was coming back home with us. I explained that she’d be coming home with us tonight and every single night, I guess they weren’t used to the fact that they were with us now forever.

“The interesting thing about adopting an older child is that they’ve been influenced by other adults before they come to you. The birth parents had been involved with the police before so in our children’s eyes the police were bad people. It took a lot for us to convince them that the police were good. We went to an open day and as part of the experience they put handcuffs on my wife. My daughter’s face went pale because she was so scared, but it was those experiences we wanted to get our children involved in. You need to realise that you may hold different values to the birth parents and that can be a struggle for some children.

“Adoption is a positive word in our house and we do discuss it. If the kids ever have questions then they know they can ask us and we will always be transparent with them. I think it’s important that we don’t shy away from talking about adoption. The whole experience is different for everyone, I guess at the start we didn’t realise exactly how hard it would be. But it’s all worthwhile and by adopting an older child you can discuss things with them and overcome them. It’s rewarding because you can see their emotions whereas with a baby you wouldn’t get that.

“There are so many things we are looking forward to for the first time such as going on a plane and seeing their little faces light up. These are the memories you will look back on and cherish so I can’t wait for the moment.”