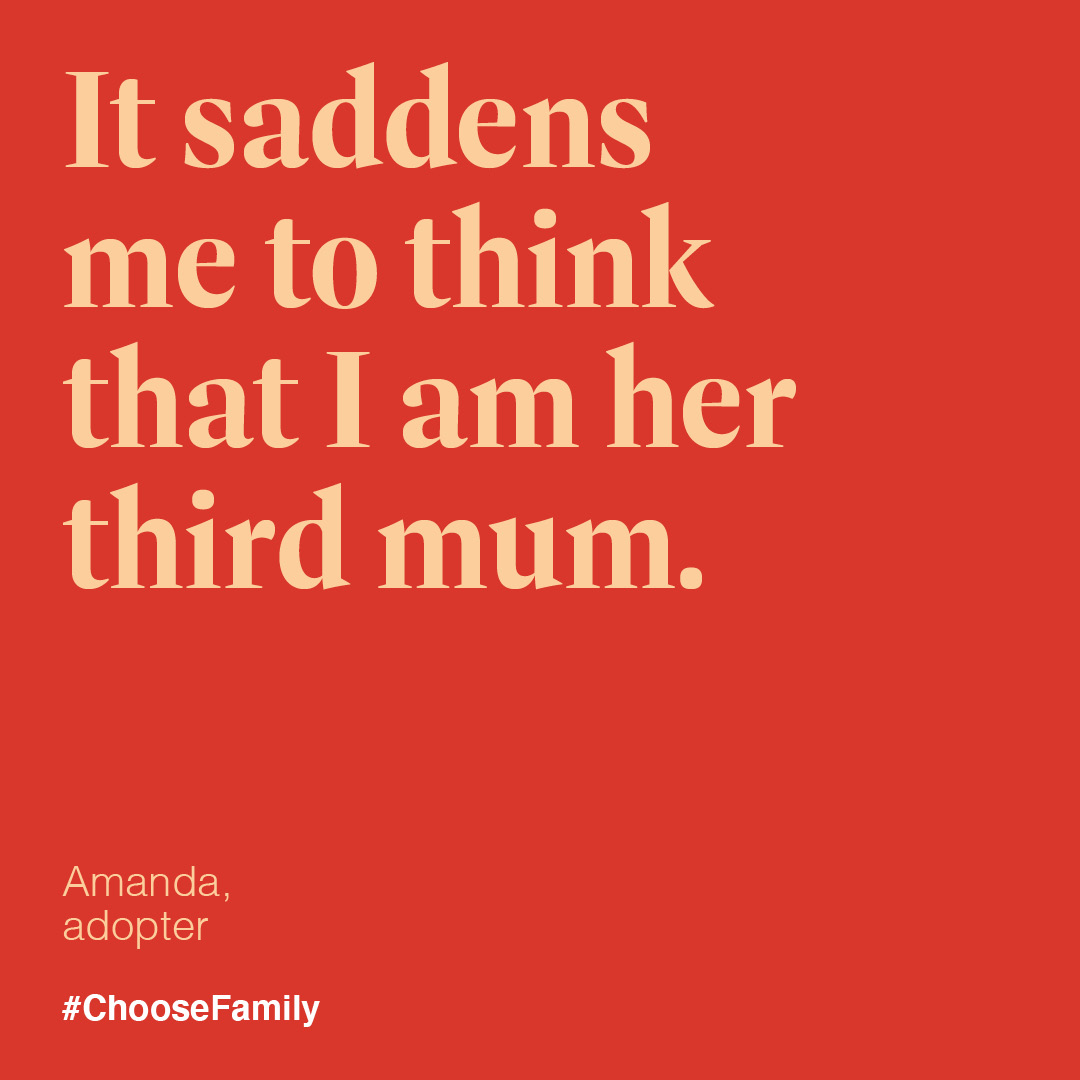 With love in their hearts and room in their home, Amanda and Martin adopted their daughter Ellen*, now 12, five years ago. When the couple, who live in south Wales, first met Ellen she was still in nappies at the age of seven, had never had a book read to her, used to freeze at the sound of a loud noise and hid behind the sofa whenever she felt afraid – but despite her complex needs, Amanda and Martin knew from the moment they read about Ellen’s story that she was their daughter.

This is their story...

“My husband and I met fairly late in life. I was divorced and my children were older, but we had love in our hearts and room in our home – and we knew we wanted to be a family.

“After watching a tv programme outlining the need for forever homes for children in care, we decided to adopt. We didn’t enter the adoption process with rose-tinted spectacles on. I knew these children may have been abused, neglected, or there may have been drugs or alcohol involved. I knew how hard it would be.

“I didn’t have a brilliant childhood, but I am a great mother – and in the right circumstances and given a chance, I knew a child could flourish in our loving home.

“We chose to adopt an older child and read everything about our daughter before we looked at a picture.

“I didn’t want to feel an emotional tug to a pretty, big-eyed little child, and think ‘She looks cute, let’s just take her.’ I wanted to see what she had been through, hear about her medical and psychological needs – and after reading about Ellen, we decided that there wasn’t anything we couldn’t take on together. Afterwards, the social worker told us that we were her last chance to be adopted. I can’t bear to think about that.

“For the first seven years of Ellen’s life, she’d never had a book read to her, she was devoid of love and sent to bed most nights without any food. We were told she had all these problems, but since being with us, she has flourished.

“The first moment I saw Ellen, she was hiding behind the sofa. She was tiny, with cropped hair and she didn’t say a word. When it was time for us to leave after our first meeting, she burst into tears because she so desperately wanted to come home with us, to be loved and to be a family.

“For her entire life, everyone had dismissed Ellen. That’s when Martin and I decided before we’d even met her that we were going to be her mum and dad – no matter what.

“I remember when we brought her home and she couldn’t wait to see her bedroom. We’d decorated it and bought her a cabin bed so that she could build a den underneath, with a light, a curtain and cuddly toys to help her feel safe. In the early days, whenever she was frightened, she would just hide. To this day, she loves her bedroom – it’s her haven.

“There have been so many emotional moments with our daughter. I remember her telling me ‘You’re my best Mummy’ and it saddened me to think that I was her third. To Martin, she’d say; ‘You’re the good Daddy.’

“One of my fondest memories was taking Ellen to see Matilda the musical in London. She watched the whole performance stood in her seat, open-mouthed and big-eyed. I don’t think she could believe what she was seeing – it was like we’d taken her to another world.

“Of course, like any parent we’ve made mistakes. We took her to the seaside after she’d only been with us a few weeks. She was so overexcited that she fell over. Ellen screamed as if she was being murdered and wouldn’t move. In the end, I had to carry her back to the car and go straight home. It was too overwhelming for her and brought back all her fears.

“At first, I had to carry her everywhere, she needed to be held. I remember there was a playground down the road from our house and every day for six months she insisted on having a ride on the baby swing. Even years later, she’d squeeze herself onto that tiny little swing – it was almost as if she was craving the childhood she’d missed out on.

“I remember the first time she called me Mum. It took her three months to whisper the words. Every morning she used to knock on the bedroom wall to let us know she was awake – I think she had to do that in her previous home. One day, she was sick in bed, and I could hear the tiny knock on the wall and a little voice whispering ‘Mum.’ It broke my heart to think in her previous homes she had to deal with sickness alone, too afraid to tell anyone. It was a little signal that she was starting to trust me.

“My husband and I haven’t got a lot of money – but when we first adopted our daughter, I bought all these beautiful expensive duffel coats to keep her warm in the winter and she wouldn’t wear them. I had to accept that she loved bling – and that’s what parenting is all about, accepting the child that you have, the good and the bad. I wouldn’t change my daughter for the world.”